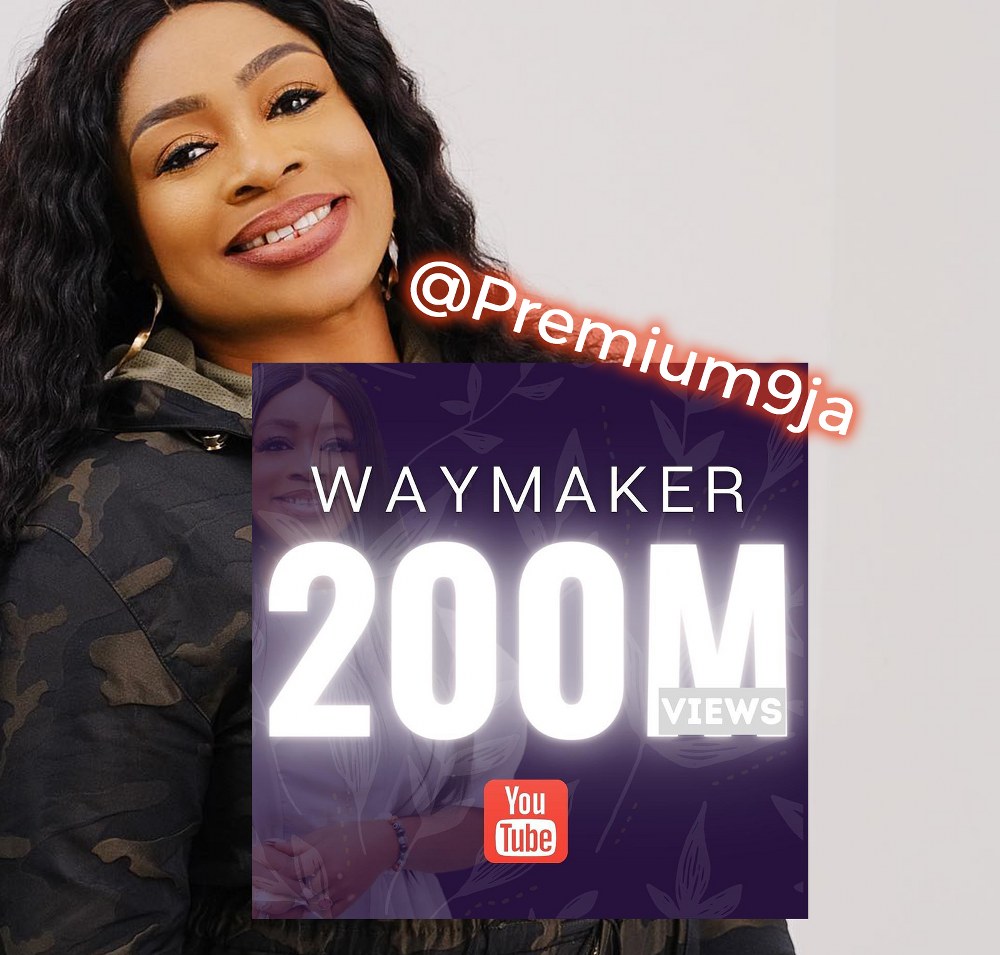 The song was released on the 30th of December 2015 and became a global anthem in 2020 when many to mention a few artists, Michael W. Smith, Mandisa, Leeland, Christafari, Passion, Darlene Zschech and Bethel Music did a cover of it amidst the Covid-19 Pandemic lockdown in 2020.

The beautiful song, “Way Maker” was in October 2020 named Dove Award “Song of the Year” at the 51st GMA Dove Awards in the United States.

August 2021, the song won the BMI Song of the Year; a first for an African Gospel song.
Way Maker by Sinach Crosses 200 Million
Sinach predominantly took over the African gospel music community since Way Maker was discovered, loved and covered by the global audience. She is also considered a deity in the Nigerian Christian Music community.

She made this huge announcement on her Instagram page.

Mercy Chinwo and Blessed Uzochikwa Are Getting Married