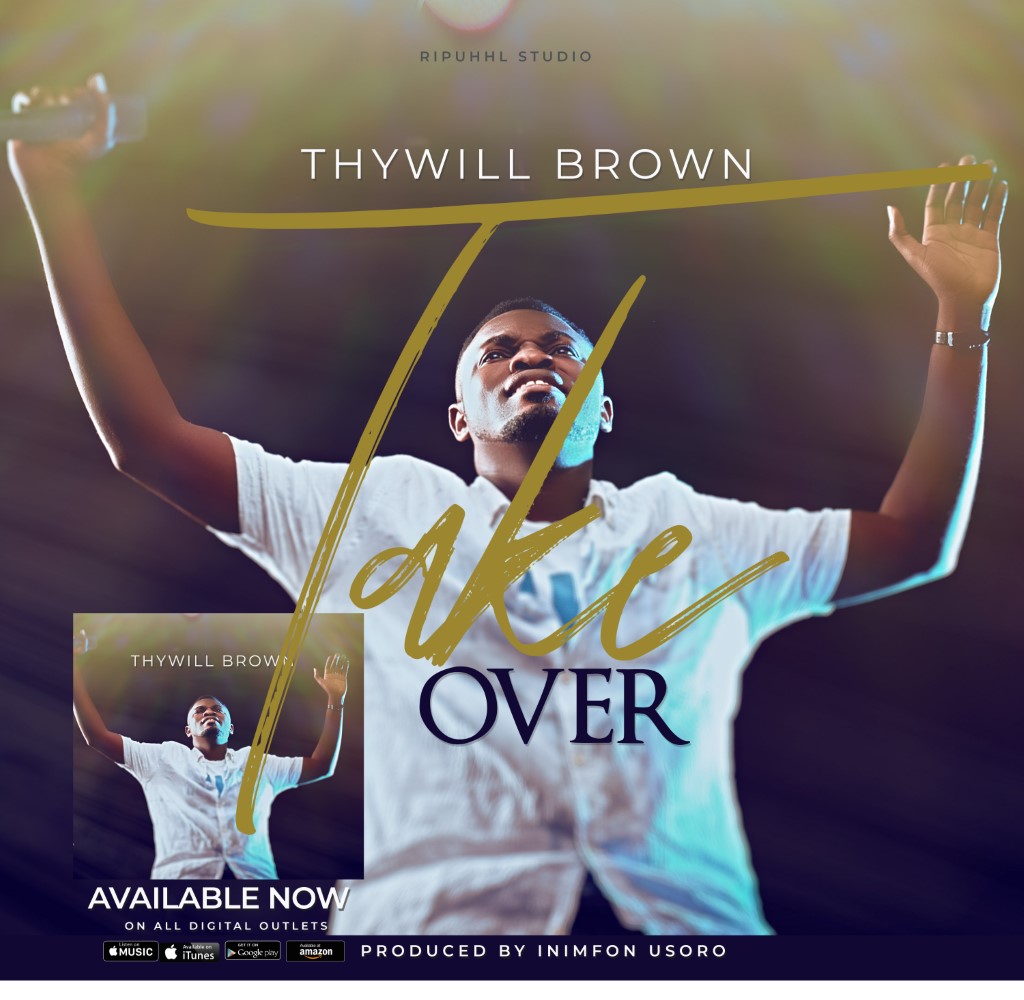 Thywill Brown, a contemporary Gospel Rock artiste has evolved into a seasoned Worshiper in these times where deep worshiper are in desperate need.

A Medical doctor who graduated from the University of Uyo Teaching hospital, Uyo.
He is A member of Dunamis international Uyo-Nigeria, he is passionately involved in reviving the hearts of men back to deep Worship of God.

After responding to the call to be a minstrel, He started out in 2016 with his first inspired and sensational single, “Akirisore” meaning “He who goes about doing good things” and has since then committed himself to bless the World with as many songs as God has inspired and will yet inspire.

He also released a hit single (cover) OUR GOD IS INDESCRIBABLE in 2017 which went viral all over the globe, played in various radio stations in and out of this country.

Now, through this song “TAKEOVER. In this season where chaos, sickness, poverty, tears, suicide is the killers of men.. Takeover is a song of surrender, telling GOD you’ve surrender everything to him.. He should take over – Thywill Brown

This song will certainly bring a new pedestal of Worship as you join Thywill Brown in declaring that GOD Should take over the affairs of men.

Abel Martin Makes Debut With – “You Are God’