12 Times Grammy Awards, Dove Awards and Stellar Awards Winner and globally recognized Queen of the gospel music, Pastor Shirley Caesar brings back the true definition of Gospel music as she led the audience with one of her single “Yes, Lord, Yes” at BET Sunday at 8/7c.

Shirley Ann Caesar-Williams, known professionally as Shirley Caesar ( born October 13, 1938 in Durham, North Carolina ), is an American Gospel music singer, songwriter and recording artist whose career has spanned over six decades. she is known as the “First Lady of Gospel Music” and “The Queen of Gospel Music.” She began recording at the age of 12 in 1951 on the Federal recording label.

Shirley Caesar has released over forty albums. She has participated in over 16 compilations and three gospel musicals, Mama I Want to Sing, Sing: Mama 2 and Born to sing: Mama 3. She is also the creator of the #unameit challenge, which occurred during one of her song sermonettes. She opened her eponymous store and plans on using the profits to help others during the holiday season. 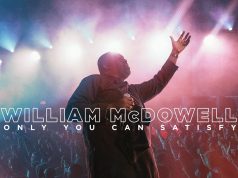 William McDowell Shares New Single; ‘Only You Can Satisfy’ / Purchase

Minister GUC Set To Drop A New Single, ‘All That Matters’ ( SNIPPET )

Top Song Of The Week

Benjamin Dube Drops “You Will Never Leave Me” ( Ft. Khaya...