Home Gospel Music MUSIC + LYRICS: EBEN – Jesus At The Center ( @Eben4u )
And How the worship goes is how we are following, Eben, a gifted sensational singer blesses souls with this single titled; ‘Jesus At The Center’..
Talking about the release of the song, the blw star took to his instagram page to share this ; “BREAKING NEWS!:After ministering this song to hundreds of thousands in South Africa and Ghana, and Pastor Chris’ Global Communion Service, I got calls, text messages, pings, website mails, social media requests, and even stopped at public places with everyone asking when it can be released. Produced by A4, It’s HERE NOW..
Download, Listen and Share!
Download
Eben At The Center – LYRICS!
At the center of it all
It’s you that I see (2x).. .
There is power in your name
Miracles happen in your name
As we lift our voice in praise
It’s you that I see (2x)..
Bridge:
You are bigger
bigger than d biggest
You are stronger
stronger than the strongest
You are higher
higher than the highest
You are greater
Greater than the greatest
Jesus (8x).. 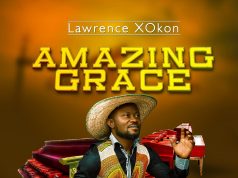