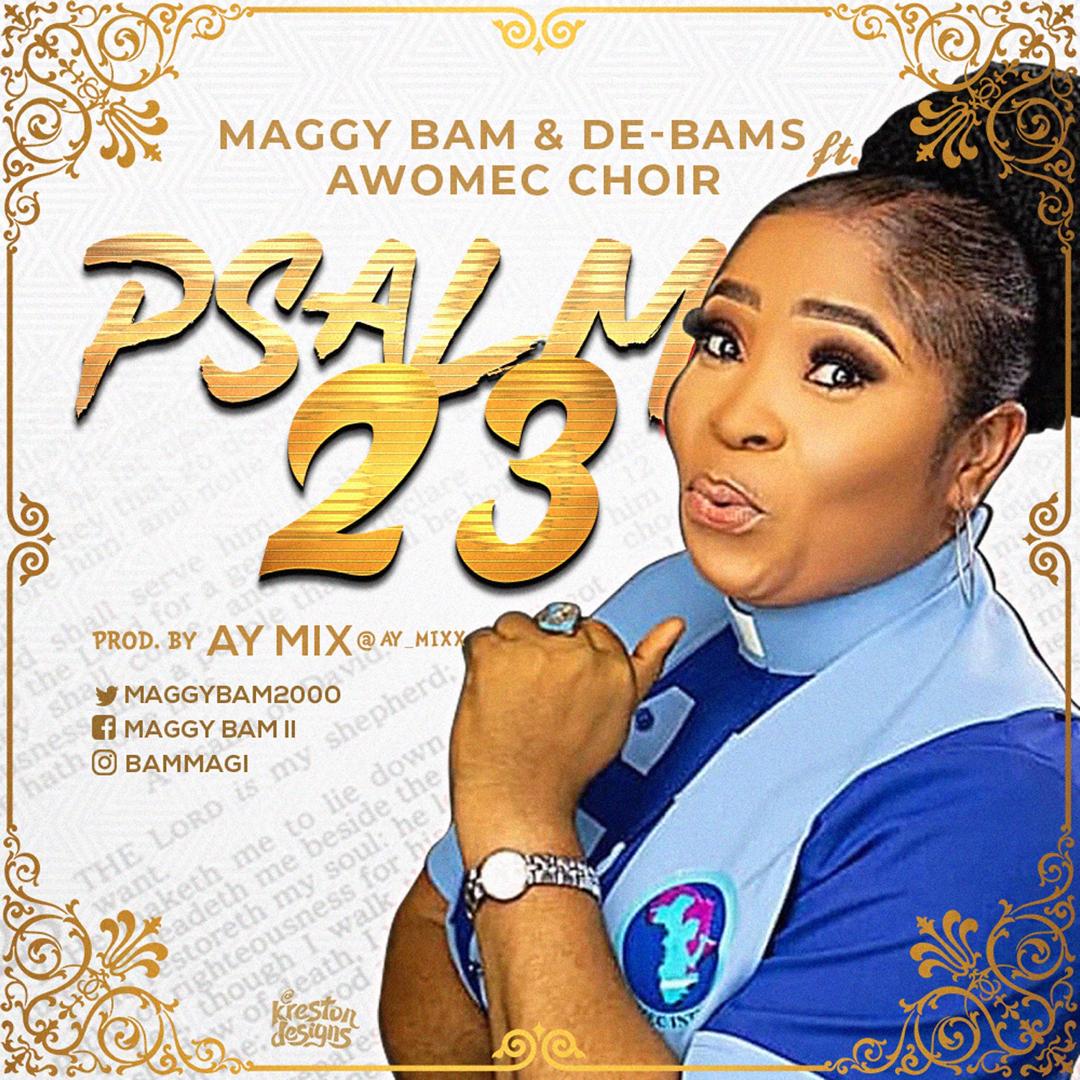 Maggy Bam Ukpabio is a sensational gospel music minister from Akwa Ibom State. She is a song writer, teacher, an actress, coach, Journalist, Pastor and a leader by God’s grace.

She is highly talented and blessed with profound creative skills and techniques from God to do so much for God’s kingdom.
This prolific minister has ministered within and outside Nigeria, blessing lives with her special kind of voice.
Maggy Bam Psalm 23
Pastor Maggy Bam began singing from childhood. The impact she has made in the Nigerian gospel music industry is humongous, especially in the area of training choirs and other people to be better singers and gospel music ministers.

She began by coordinating her siblings (A Family of nine girls and one boy, from same parents) to form Bam’s Music Industry.
The family band under her care released many albums, but there was pressure from outsiders to join the family band, which finally resulted in the inauguration of
African Women Mega Choir (AWOMEC) in April, 2018.
This creative organization is combination of women from different school’s Alumni across Nigeria and Diaspora.

AWOMEC propagates the Gospel of Jesus Christ through songs. They are Kingdom Ambassadors who believe in the girl child and the boy child as well. Thus, AWOMEC inspires them to study more, indulge in skills acquisition, believe in themselves and also discover their talents early.

AWOMEC also believes that the world will get even better if, the foundation of every young child (boy or girl) is nurtured by kingdom principles and taken good care of. Remember, if the foundation is destroyed, the righteous will do nothing.

This Amazon has been working behind the scene to release many singles and albums, beginning with Psalms 23, which has now dropped.

Her producer is a talented Nigerian Producer, AY Mix.
This single will benefit choirs, lovers of good songs and the Nigerian gospel music industry generally. The single features De-Bams and AWOMEC Choir.

“You Own Me” (Medley) by Mr. Sebastian Ft. Miracle Kwame and Joy Tuku