Music minister Judikay observed her church wedding rites alongside her hubby Anselem Opara on the 7th day of November 2020.
EezeeTee Gift Judikay A New Car
The wedding ceremony which held in Christian Pentecostal Mission (CPMP) in Lagos and was moved forward from the original slated date had the whole EeZee Conceptz family in attendance, including Mercy Chinwo, EeZee Tee, GUC and others. 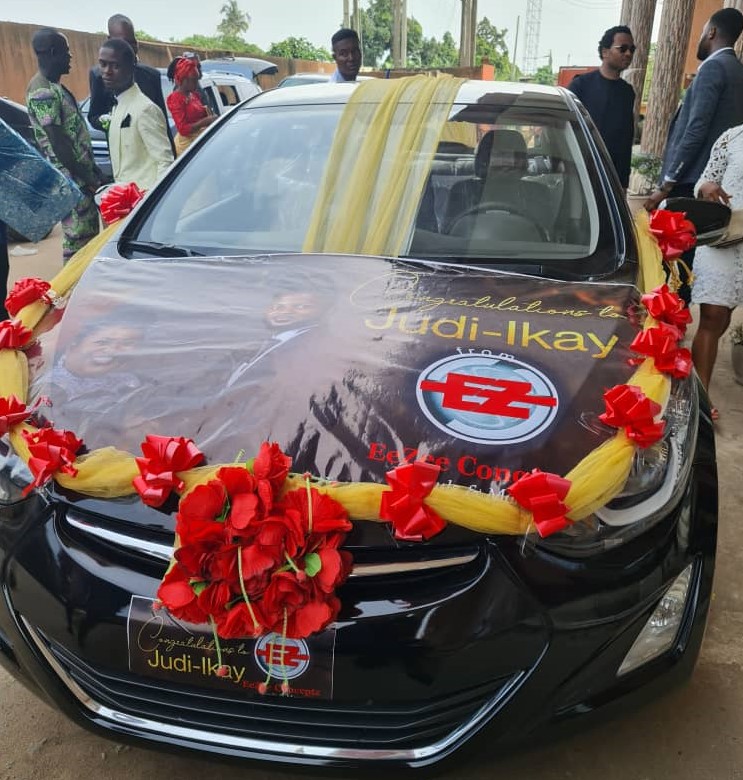 “Congratulations lovelies,” EeZee Tee said. “My heart is so full of joy.”

Stunned and left speechless by the show of love, Judikay was captured in tears as the procession was going on.

Judikay observed her traditional wedding rites earlier in August. Following the rites, another member of the EeZee Conceptz family, in the person of GUC, proposed to his fiancée Nene Ntuk.

Judikay who is still about her ministry also released the video for the viral track off the “Man of Galilee” album titled “Capable God.” The video which is only 2 weeks old, is currently at almost 300K views on Youtube.

Mercy Chinwo and Blessed Uzochikwa Are Getting Married