Winner Man Crooner James Okon a fast-growing gospel music minister release this inspiring and heaven on earth song titled “OLUWA IS INVOLVED, This song, Oluwa is Involved (meaning God is Involved) is a confirmation of God’s word which says “Lo, I am with you always, even unto the end of the world. Amen” (Matthew 28:20).

Oluwa Is Involved was written and produced by James Okon

James Uko Okon is my name. Originally from Nigeria but now based in Johannesburg, South Africa since 2001. After a four year degree program in History/International Relations and Education at the Lagos State University (LASU), between 1996 and 2000. I proceeded to South Africa to study at the Rhema Bible Training Centre.
After three years of study at the then RBTC, I obtained a certificate in Creative Ministries Major (Music), a diploma in Ministerial Training Major, A higher diploma in Ministerial Training Major, a diploma with the Associated Board of the Royal School of Music-London, by correspondence, and a certificate in Christian Counseling Major.
I worship with the Redeemed Christian Church of God as a member and as the Regional music director for Southern Africa 2 region covering seven countries in SADC.. I am also an ordained pastor with the same church.

As a professional musician and music minister, I have been privileged to minister and perform on grand stages of music festivals in Johannesburg, middelburg, Durban, Capetown, Port Elizabeth, East London and Limpopo including th MAKUFE festival in the Free State. I have also been privileged to perform at major gospel awards ceremonies e.g the SABC Crown Gospel Awards and the Trumpet Africa Gospel Awards ceremonies, as well as regular gospel concerts and day to day church and Christian religious functions across South Africa and across different continents.

I have collaborated and worked with numerous individual artists and groups, from known to unknown, up-coming to the very best in the industry in South Africa and beyond. A few of them would be, the Legendary Bishop Benjamin Dube (EH YAHWEH LIVE). Kora and Channel ‘O’ awards winning Jazz artist-Kunle Ayo (BABA RERE),Lufuno Mudau Buda, Armed for Harvest Worship team and Don Joseph Stephen – Jehovah turned my life around.
I have also been privileged to travel different continents with my band and share grand stages with international legends from different parts of the world including Dr. Ron Kenoly, Israel Houghton, Kirk Franklin, Martha Munizi, Andrea Crouch, Tasha Cobbs, VaShawn Michel, Jamaica”s Lester Lewis and est. and the very many and notable indigenous artists and music ministers within South Africa as a nation and the larger continent of Africa.
By God’s grace I have been on several local TV shows within South Africa, including IT’S GOSPEL TIMES, GOSPEL GOLD, GOSPEL CLASSICS, SUNRISE ON ETV, SHIFT, SPIRIT SUNDAE as well as severally on ONE GOSPEL, SOWETO TV and other satellite channels such as BET AFRICA, LOVE WORLD SAT, FAITH BROADCASTING NETWORK, TBN in AFRICA, RTM, DOVE MEDIA as well as major radio airwave in South Africa.
In addition to the regular interviews and pre-recorded religious debates, I was also a member of the panel of judges for the One Gospel’s Voice of One Choir Competition and a two time Crown Gospel Awards nominee. Apart from the several collaborations, I have three albums to my credit, the first being the Mighty God, released in 2007.
The second is Mambo Sawa-sawa while the latest is Greater Things, recorded live at the lyric theatre. My genre of gospel music cuts across nationalities and cultures, geographical precincts and tribes. It is such that both enhance the African (Ubuntu) values and unites all races and tongues together in worship and praise of our God. Music is my calling, it is a ministry, and it is also my business.
My social activism includes, speaking to young folks on healthy and godly moral rectitude, I give back to the communities by organizing musical workshops for free empowerment lessons and vocal coaching and music business etiquette. I am also a writer on music ministry lessons, a vocal coach and trainer in worship 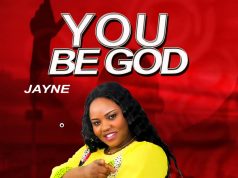