Music minister/artiste – Chioma Okereke returns with a brand new Christmas single titled – ‘Crown You‘. The single – Crown You serves as a gentle reminder of the joyful season of love which is upon us. The artiste offers up a passionate worship to the Reason of the Season – Jesus Christ.
Chioma Okereke Crown You
‘‘If God has been good to you, since this year 2019 began and you are grateful to Him for bringing you this far, then get in here.” – Chioma speaks

Join Chioma Okereke as she crowns the Master of Universe – King of Kings and Lord of Lord. 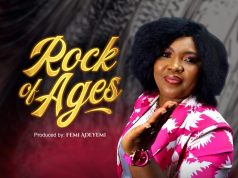